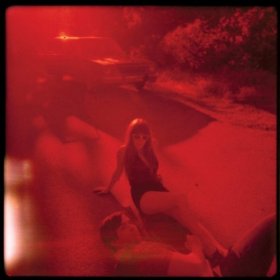 The coming together of a prodigiously talented performer, ex-child star and Rilo Kiley steerer Jenny Watson, with the lyrical passion and drive of alt. Folkster Jonathan Rice, has always been a potentially mouth-watering prospect. Having occasionally joined each other onstage in their respective music careers this texturing of the country/folk and mild rock genre was always on the cards. Sparsely ambient percussion provided by courtesy of Rilo Kiley’s Jason Boesel and, Lewis’ longingly expressive and echoing vocals are coated by the mystical intoxicated lag of Rice for the varied, atmospheric folk twist of Scissor Runner. The expected lyrical nous of the pair is celebrated with literary references and sharp prose, as well as the odd edgy extended vocal trade off between the two leads in the political nettle grasping, My Pet Snakes:

“Two thousand and nine was a bastard of a year, I cannot get stoned no more I only get the fear.
We could have it out or we could have another beer? All the best of luck with your career!”

Acoustic weaving and boldness shines out through the lovelorn Rice vocal toed, Switch Blade and, when percussion boldness takes over for the lo-fi folk rocking Big Way, a neat contrast is achieved. Religious undertones filter through some of the numbers, such as in the slow and full bodied percussion boomed, sternly lingering and gruff male vocal kicked, Animal.

A drawling acoustic indie toe and lagging vocals spews out urban mysticism and heart, New Yorker Cartoon. It represents the smoothest vocal interaction between Jonny and Jenny, having the ability to warm you with smoothness yet set off your melancholy with a mild blues lag. Just when you think that you have been showered in enough refreshing variety, the coup de grace of a Status Quo strutting guitar pushed, Committed gives you the opportunity to get your stomp on.

Collaborations are usually hit or miss and, are often done through a hint of desperation to bring freshness to acts that are going stale. This is certainly not the case here, Lewis and Rice retain their individuality and freshness yet combine their qualities, variety and enthusiasm for music making, extremely well.