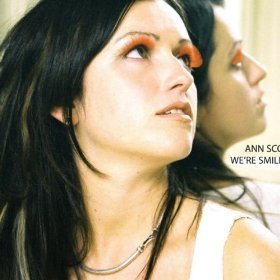 It’s difficult to believe that through the female singer/song writer frenzy that has seen the likes of Amy MacDonald, Duffy, Amy Winehouse and Lilly Allen dominate the music press. A shining Irish starlet has gleamed under a shade of not entirely unwelcomed, relative obscurity. Now on her 2nd album, Ann Scott appears ready to fully harness the longing pull of her well-cushioned, but slightly weary approach.

She ups the atmospheric touches to mingle gospel, country and murky pop in the languid, yet uplifting opening double whammy of ‘Hot Day’ and the loved up ‘Mountain’. In latter mentioned effort, clipping percussion touches contrasts neatly against the full bodied trotting guitars and, the slightly coarse and ambient backing touches of David Kitt and Katell Keineg.

Brooding melancholy is a recurring theme and Scott’s Amy Studt and Cara Dillon conjoining range does this approach justice. A full bloodied Tenor Sax pushed crescendo, is set against eerie and a little incongruous interludes, rendering ‘Feather For Feather’, a forum for the full range of this so far understated tune crafting Irish artist.

It is evident even early on that since her rootsy more folk leaning debut album ‘Poor Horse’, Scott has been mulling over the meaning of love, life and listening to a little bit of Bjork and Emiliana Torrini into the bargain. This is exemplified in the slowly trickling ‘Imelda’, receiving the full ambient force of Kate Ellis’ cello, with the coup de grâce being Scott’s feeling pushed vocal echo that oozes crispness and a downtrodden lag. It also has a slight haunting nature to it that trickles into and then, fully controls the full-bodied country/blues amble, ‘Jealousy’.

Searching instrumentalism coincides neatly with the contemplative and searching tone of the leading lady here and, in the poetically life delving ‘100 Dances, 1000 Stars’, mundane philosophy is delivered with endearing clarity. Scott’s penchant for off-kilter , electrical intonations that was fully exposed in her 2005 side project, Cracklebox takes hold of her again and thrusts itself to the fore in the middle of this track. A foggy narrative that descends upon ‘Skin Deep’, will appeal to those with an oblique outlook.

A thoughtful, well-worked range of tales and instrumental foraging that makes full use of a variety of guest and Scott’s own well polished band, is cleverly made full use of here. Maybe now is the time for the thoughtful dreamer to rise to prominence. Given the increasing number of people searching for any way to escape this bleak economic climate, it could be time for history to be reversed and Scott could this time be discovered.
Rating; 4/5

← Brianna on the Radio tonight
Album Review: Veils of Twilight by Viola Rose →