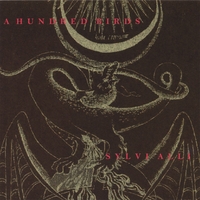 Sylvi Alli’s voice hovers between light and dark, its loveliness accentuated by the unpredictable seep of her music.

Her latest album is ethereal dreampop with a heart of darkness. She sings like Lisa Gerrard with her heart thawed by the coming of spring.

Embers rests on a lovely melody and arrives slowly at an unknown destination.

Blood is darkness illuminated by a single flame about to be extinguished by a gust of wind. Alli’s voice is majestic and yet has the grace of a siren.

Dying Star has a precarious rhythm that lends a nice counterpoint to Alli’s celestial song. The breathless wonder of the title song rests on Alli’s weaving her voice around itself.

This album is a glittering jewel in a coal mine, waiting to be discovered by a fortunate traveler.