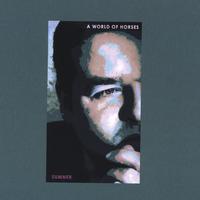 Sumner is Paul Sumner and he’s from England.

I liked this record more than I expected I would. It’s kind of psychedelic, swirly and even a little Bowie-ish. Some of the guitar lines (such as on Sorrow) remind me of the Beatles. This is really lovely pop music.

The song The Astronaut came on for the second time and for the second time I thought Bowie. Now, there are Bowie fans out there, I know this (Hi Anna!) so I may be way off base here. But my limited musical knowledge of Bowie? This reminds me of him. Not on all of the songs, just this one. It’s a cool one.

Gone is really cool too. Heck, to be honest, I like them all. They’re similar in tone so if you like one chances are you’ll dig the whole album.

This album came out in 2004, so it’s far from new. But it’s pretty cool. And you can pick it up at E-music, along with the other retailers which is a plus. (use the link on the left side, they don’t link straight to artists…if they do I haven’t found a way)

1 comment for “Album Review: A World of Horses by Sumner”