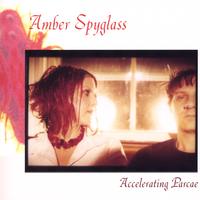 The opening song “Pearls of Blue” reminds me of Jefferson Airplane’s classic 60s tune, “White Rabbit” but I can’t ignore the fact that singer Kelly Godshall often goes off key…at times, quite harshly.

This seems to be chronic, and not just on the opening song; which makes me think it’s intentional. There are several points where she hits notes that I think might be difficult, but then raunches easy ones. When she’s “on” she sounds fabulous. She even reminds me of Siouxie Sioux sometimes, (especially on “Catalyst Groove”) which is high praise, indeed. She also sounds like Paula Frazer of (now defunct) Tarnation.

If it’s intentional I would suggest that the instrumentation follow the voice so it’s not so harsh and accident-sounding.

The music is cool. It would probably fall into the ambient, goth-lite, dream pop genre. The songs are well-composed and interesting and well played instrumentally too. I just wish the vocals matched better on some songs, or maybe that the “offending” song were not the first track. I almost didn’t listen to the rest of the CD. But I’m glad I did. I was rewarded.

Note: Parcae is the 3 goddesses of fate or destiny identified with the Greek Moirai.

Rating: 4 Stars
Comment: I love this album. Don’t own it yet, but I’ve listened to the songs on their website. I find their music is haunting and rocking at the same time. Nothing dull here. I think the vocals are heartfelt and lamenting. Makes me happy and sad at the same time….strange.
name: Melissa Forbes on Thursday, September 2, 2004