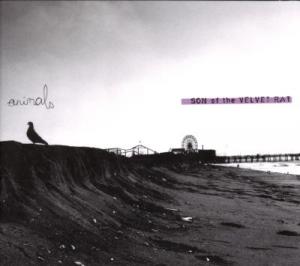 Son of the Velvet Rat is a project headed up by Georg Altziebler.*

For some reason, the band name made me think was going to be kind of hard rock. Boy was I wrong. It’s largely beautiful piano and throaty, smokey vocals.

Some of these songs are almost lullabies. Very peaceful and soothing. Others do rock out a bit, but never too hard. Same Monkey actually has a bit of a late- 80s cool rock sound.

Dumb Bird then takes things down a notch or several and has a Tom Waits or Leonard Cohen sound. Actually all these songs are of that style.

The title Play a Ghost Note on My Soul is enough to pull me in, but the song is super cool also. It actually reminds me a little of Radiohead.

This is a very cool, dark record and one I’ll be listening to for awhile. Note the alternate title is a tad misleading since there are actually 14 songs on the record.