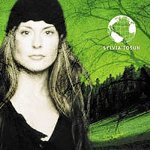 Sylvia Tosun’s follow-up to her mini-abum is a collection of national anthems. It may seem like an odd idea but it works well. It’s a highly atmospheric album.

Tosun’s sily voice is in fine form. Her version of “The Star Spangled Banner” is indeed anthemic and features a nice cameo from former October Project member Julie Flanders.

Israel’s “Hatikvah” is lovely with a swirling dance-influenced backing and evocative singing by Tosun.

France’s “La Marsellaise” is a little like Enya in spirit and far removed from other renditions of the this anthem that I’ve heard.

In all “Anthem” is an unexpected treat.