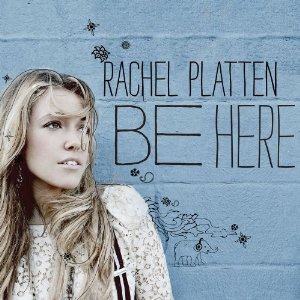 I know I said I wasn’t going to do reviews anymore, but I also said I would tell you about stuff I really liked… and I really like this album. It was sent to me a few weeks ago and I love it. I have been listening to it a lot lately. It’s in the more pop-realm than some of the stuff I tend to like. But it’s just so infectious I can’t stop.

I first heard Rachel Platten’s name when she was listed as an artist on a Sixthman cruise. At least I thought so. Now when I look at all the cruises I don’t see her on any of them. I might have dreamed it. But anyway, I’m glad I found out about her however it happened. At times I am reminded at times of Marie Frank, as well as Angel Taylor.

One particularly catchy track is Overwhelmed. You’ll be singing it for days.

1,000 Ships is the first single and I can see why. Here she reminds me of Ingrid Michaelson.

Don’t Care What Time It Is is a bit more rhythmic and funky. It’s very cool. I actually like all the songs on this one. It’s a gem. I’d say if you like any of these artists mentioned you’ll be happy with this album. Thrilled even.

New York-based musician Rachel Platten is releasing her album “Be Here” on April 26, 2011, and her schedule is jam-packed leading up to and following release date. She recently added a plethora of new tour dates (see full schedule below) with headlining shows and some tour jaunts with Lucy Woodward, Bess Rogers, and labelmate Tony Lucca. For fans who can’t make it to a show, Platten has scheduled a very special online [StageIt Release Day Show]cat 7 p.m. eastern. Earlier this week, radio stations welcomed the release of her single “1000 Ships,” and fans received an exclusive sneak peak at the accompanying video on [YouTube]. (sorry, can’t embed).

With a smile that lights up the room and style sensibility to match, it’s no surprise that Rachel Platten has also been receiving much attention from the beauty and fashion community this month. She is featured as April’s spotlight artist for Tone Skin Care’s “Backstage Pass” online series ( www.facebook.com/toneskincare), and love-at-first-listen track “Nothing Ever Happens” was used in designer Rachel Roy’s fall campaign. In addition to working with Roy, Platten has also collaborated with and been sponsored by fashion brands Banana Republic and Quiksilver. She is scheduled for a repeat performance at Banana Republic’s flagship store on 34th Street in Manhattan on May 19th after the success of her performance at the store in November.

For someone with so much on the calendar, it’s enough to make the head spin, but Platten keeps her focus. In keeping with her debut album’s title (“Be Here”) she says, “My goal is to be present in the moment and not worry about what’s behind or in front of me.” With music that the LA Music Examiner says is “artfully crafted and joyfully accessible,” Platten, who meshes catchy piano hooks with her unmistakably soulful, and uplifting voice, creates music that boasts elegantly crafted, deeply melodic, intelligent songwriting, resounding with echoes of the Beatles and Carole King, Kate Nash and Regina Spektor: her music is infectious, raw, and powerful. Selling out clubs along her rigorous tour schedule, Platten infuses a unique love and passion into each and every one of her performances. Boston born and raised, Platten was classically trained on the piano from a young age and started performing while in college and studying abroad in Trinidad. Naming influences such as Toots & The Maytals (who she was asked to tour with in 2006), Elton John, Carole King, Billy Joel, Lauryn Hill, and The Beach Boys, Platten attempts to do what she feels these artists do so beautifully – infuse often weighty, serious subject matter with light and melodic intelligence that is both instantly catchy and uplifting.

← Album Review: Show Off by Gabi Epstein
Tori Amos, Night of the Hunters →