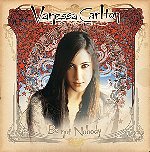 Before this CD came out I heard “A Thousand Miles” and I loved it. So I went to my handy-dandy music stealer of choice and downloaded everything else I could from her. I loved everything. Unfortunately, most of those songs are not on this CD. It’s really too bad as they are better songs than most of the ones chosen here.

“Unsung” sounds unfinished and it also sounds like another song that I can’t place. It seems like she’s trying to do hard rock when her strong point is pop. She attempts this again later with her version of “Paint it Black” which I don’t care for. This might just be me; I’ve never liked this song.

“Pretty Baby” is OK except for the fact that I can’t stand the thought of calling anyone over 6 months of age “Baby”. Again, a personal thing.

“Rinse” has really pretty piano, but why do I feel like I should make a dentist appointment? Maybe if the phrasing were different it would be easier to…ummm…swallow.

On to the pluses…”Ordinary Day” is a great track. It’s got all the things I look for in a song: beautiful vocals, intricate piano, crescendo, emotion…etc. Fantastic.

The same can be said for “A Thousand Miles”. It’s a perfect song and is performed very well. The piano intro gives me chills and the cellos are a great addition.

“Wanted” has an amazing piano. This is another solid song and one I like very much. This one is very stripped down and raw. I think it’s just she and the piano. It’s fabulous.

I also like the moody “Twilight” which has more instrumentation but still showcases her voice. The sweeping orchestra is a nice touch.

For those of you who love “A Thousand Miles” and are hoping that the rest of the CD will stand up to that, I have to say it doesn’t. She’s a very beautiful and talented young woman I assure you; there were just some production mistakes in my opinion. I’ll probably just make my own version of this CD with only the songs I like and the bootlegs I had from before. That will be the CD I was hoping this would be.

Comments:
Rating: 1 Star
Hi I just wan’t you to know how much i adore your music. There is just something facanating about it. Anyway i have to go i’m going shopping. GOODBYE from the best fan Orla
orla malone Amy’s Note: I think Orla is confused about the rating process…