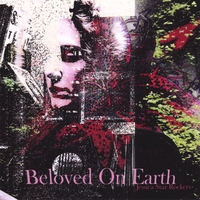 This is a very lo-fi recording. You can actually hear a hiss. But I’m going to go ahead and give them/her the benefit of the doubt and say it’s intentional.

Jessica has a really cool deep voice that borders on jazzy, especially on “But I Know You” where it’s just the vocals and guitar and it sounds really cool.

The cover of Cyndi Lauper’s “Girls Just Want to Have Fun” is an odd stripped bare version that somehow works for me. But again with the lo-fi…it sounds like it was recorded on the beach.

“From an Island in the Sound” actually relates to the beach! Here she uses some vocal distortion that makes it downright spooky.

I can’t say I’m a fan of “Dog Flute” as it is actually a person playing a flute and a dog howling along with it. Quirky? Yes. Nice to listen to? Not so much. And this is coming from a HUGE dog lover.

All in all this is a good release. I’m not going to say it will appeal to everyone because I just don’t think it will. But if you are open to different sounds and appreciate good songwriting and good vocals you will probably like it.