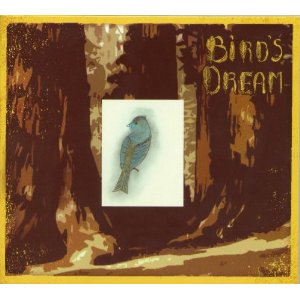 Fiji Mermaid has been reviewed here before…in fact their CD, [Green Pond] was my 1,000th review done. And that was five years ago! I have no idea how I counted back then and can’t even begin to tell you how many we’re up to now. But let’s just say a lot.

Green Pond was pretty atmospheric and dreamy. I had said that it was music to go along with something. Meaning, it’s background music.

This one stands out front a bit more (if that makes sense). It still has its dreamy moments, but there are more stand-alone songs as opposed to the whole thing being one big soundscape. The album is made up of 18 songs, mostly quite short ones.

There are a couple songs that stand out mostly because they have a bit of a dissonant sound, He Flew to the Sun probably illustrates this best. But Bang Bang Boys is different too.

It’s a pretty album of strange and cool songs. Bonus points for creating album art that matches my website.