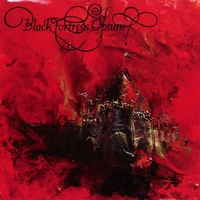 The musician known as Ajda the Turkish Queen has made this her new album with a band and what an intriguing beast it is.

The opening House of Edward Devotion is stark and yet replete with intense mystery.

Ari is about Nico and her only son, and it’s tragic and moving just as it must be. Ajda is not as chilly a singer as Nico was, but the influence is clearly there as the song drones and builds in a way befitting its subject.

Your Past is a track with a fascinating melody and late night mood that really plays to the bands strengths.

“I wish I could create a language just for you”

Model Café is an odd change of pace that resembles Mazzy Star’s country-tinged music. Its levity is necessary in the face of the other songs’ intensity.

Dulcet TV ends the album on an inspiring note, Turkish influences take a front seat and Ajda’s singing is as passionate as ever.

This album’s a great and daring thing.