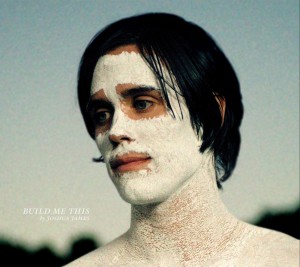 When I was first approached about reviewing Joshua James, my thought was, ‘Oh cool, I liked his last record, I think’….then I listened to this one and was surprised at how different he was. I remembered him being beachy, where he sounds more like Joshua Radin (but without the strong need for caffeine). Then I realized that I was mixing him up with another artist with a similar name, Justin James. An artist, by the way, that he sounds nothing like. But their names are similar. Are you with me? Justin James (beachy) Joshua Radin (sleepy) Joshua James (this one!) God, this is like the whole Dylan McDermot Mulrony thing all over again. I can keep the guys apart, but not their names. Oh and upon further research, I find there’s another Joshua James on CDBaby who writes Christian music. At least I think it’s a different person. The voices sure sound different.

What was I talking about? Oh yeah…onto the music: This Joshua James has an incredibly cool voice. It’s voice smoky and sexy yet comfortable. It has an emotional quality I haven’t heard since Jeff Buckley. That’s not to say he sounds like Buckley, no one does. But you can feel the pain/love/pleading/etc, when he sings in a similar way.

The songs match the voice in that their uber emotional with lots of crescendo and decrescendo. Soft whispery verses that swell into crashing choruses or endings. Ahhh, my type of music!

I could go and pick out all the songs I really like, but I’d probably end up picking them all eventually.

Yeah, it’s mainstream. Yeah, it’s kinda emo. But after some of the tuneless doo-doo I’ve been listening to lately, this is refreshing and wonderful.