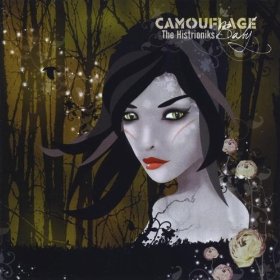 The Histrioniks and I go way back. Actually, I don’t really know them personally at all. Just exchanged a few emails, but they’ve always been nice enough to give me a shout out on their albums’ liner notes.

As I’ve stated previously, their music is on the edge of weird. Which is a good thing. This one is maybe a bit more accessible. That is, it’s not quite as odd. I think I might like it best, actually.

There’s a bit of twang and dirge as on (You Don’t Want To Be) In the Doghouse With Your Cat (come on, you have to like a song with a title like that) but there are some pop sounds too.

Interrupted Again reminds me of the beach. It conjures up mental images of Giget in a bikini doing the Jose and the Pussycats dance (anyone know what that’s called?).

I like the cover art on this one too.