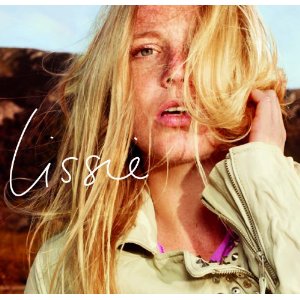 I first heard of Lissie when I found out she’d be playing the Cayamo Cruise. The very first song I heard sounded a little like she was singing off-key so I didn’t really give her a whole lot of ear time. Well, she ended up being my favorite new artist on the cruise. She has an amazing voice (not at all off-key and now I have no idea what song I heard when I thought that) and fantastic energy.

During one of her shows on the boat (I’m proud to say I saw every one) she mentioned that she was going to England after the cruise to work on her new record which would be released there first. For some reason this made perfect sense to me. I know some of the ladies that have done well over there and just knew it would be a good fit for her.

Even though her shows were solo, just her and her electric guitar, I just knew she’d sound great with a band. She did a lot of (bare)foot stomping and swinging that great head of hair around and I just pictured her with a band.

Anyway, back to the record. I can’t stop listening to it! It’s been in my car for weeks and every once in awhile I put a new CD in, listen to a few songs, then it’s right back to Lissie.

When I’m Alone is one I remember well from the live shows. But this version feels too produced and feels like they sucked all the soul out of it. I like it better live.

In Sleep is one of my favorites. It is reminiscent of some older (think 80s) songs I loved. But it’s still fresh. Look Away has this quality too.

Little Lovin’ might be my favorite. It starts out with pretty guitar and her lovely voice singing, “Appalachian farmer…” then by the end it’s foot stomping, clapping, whooping gloriousness.

Loosen the Knot allows her to rock out and really show her wilder side as well as her ‘ooooh-oh-oh’ vocalizations she does so well.

This is a great car CD where I can sing along at the top of my lungs while driving home from work. I just love this.

I’ll end with a song that’s not on the record, it’s a cover of Lady Gaga’s Bad Romance

1 comment for “Album Review: Catching a Tiger by Lissie”