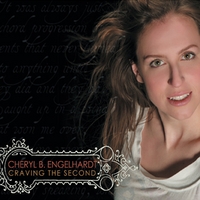 I have reviewed Cheryl Engelhardt’s music in the past. I remember it being very poppy. I don’t quite know what to call this type of pop. It’s not like kid pop (like Britney) but I wouldn’t say it has much of an edge either. It’s quite mainstream sounding, but different than what you normally hear. It’s almost got a theatrical feel, as in, I can see these songs as part of a musical. Not quite as much as some other artists I have reviewed in the past. But there’s a titch of it here.

The songs are very catchy, she definitely has a knack for writing infections melodies. In fact the song called Warning from her previous CD is still firmly planted in my head years later (and without having listened to it since). I sense Day Dreamer from this release will be one of these as well.

It would be a lie to say this is a departure from her previous release, in fact, it’s very similar. But if you are into this style it will be much appreciated.

This is a very professional and polished album.