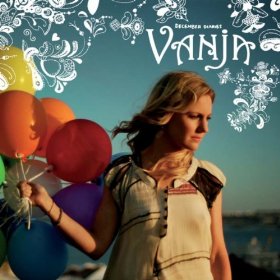 You can [Buy at Amazon] but it’s pricey.
[Download at Amazon]

There has been such an onslaught in my life recently of Scandinavian music and I’ve yet to stumble upon a dud. These are my people.

Vanja Wickstrom has a really cool voice. She’s of the more mainstreamy sound, but does still sound a bit like other Scandinavian artists I’ve enjoyed over the years.

She involves a little more production than the stuff I listen to mostly, but it’s done well and it works.

This record is names December Diaries because it’s written from actual diary entries that Vanja wrote while she was spending a winter in France where she says there was, “lots of crying, lots of red wine, lots of songwriting, a big chunk of luck and a goat. (Ok, I made the goat up.)” Don’t you just want to have a drink with her? I do.

The songs are indeed about heartbreak, with titles like A World Gone Cold, Save Me, Struggle Starts Tonight I bet you figured that out already. Thing is, the music isn’t maudlin at all. It’s actually quite peppy.

The record is being release in France now and will be released in Sweden next year.