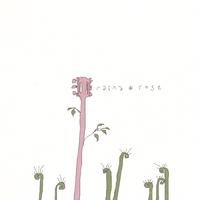 Raina Rose was previously in a folk duo/four-piece called The Gypsy Moths with her old camp friend, Meredith Cushing. This is Raina’s debut solo CD.

She has a nice lilting, almost country sounding voice. It is soothing and sweet.

The first track, “Texas” has a little bit of a country feel what with the twangy guitar, but it’s so nice and peaceful that I enjoy it (as someone who does not particularly fond of country music).

The rest of the CD is more funky-folk than the first track. “Bicycle” even throws in some horns and drums and is approaching Ani Territory.

Those of you who like that brand of alt.country/Americana (or whatever you like to call it that is really more like pop than country) I think will enjoy Raina. But she’s really more folk-pop and fans of that genre will be impressed.