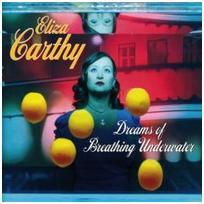 Occasional Billy Bragg collaborator and, for many, the mainstay of UK folk music, Yorkshire born Eliza Carthy, unleashes a seventh solo studio album. It is an epic containing, noire element flirting, poetic and, in places, piercingly simplistic. Through ‘Rosalie’, Carthy matches eloquent vocal blow for eloquent vocal blow, the impact and ability of Jenny Lewis, to draw out (in this case aided by a winding and haunting string element) an aching tale of an innocent idealist in this ever cruel world.

One of the main advantages to being an honest, strident, music appreciating and accomplished artist is that your ego is not too swelled. That you can’t recognise when one of your songs is too multi-faceted for your own voice alone. In this case, the number in question is ‘Mr Magnifico’, as Tim Matthew uses his Malcolm Middleton mirroring range to draw out the world of a flamboyant lothario. With help from a bounding trumpet element, provided by courtesy of Toby Shippey. Then, as matters start taking a turn for the worst for the song’s main protagonist, Eliza takes pride in letting her stern, but soothing touch takeover;

“Mr Magnifico fancies his chances, oh Mr Magnifico practices dances.
Mr Magnifico longs for romances that never end up in champagne.
Oh, how life took a toll on his brain.”

At times, the stirring folk vocals are emboldened by a bracing blues edge, prevalent in the likes of ‘Like I Care’ and ‘Simple Things’. For all the impressive instrumentalism and expressive vocals on display, it’s finale ‘Oranges and Seasalt’ that stands out for its noire element brandishing and shanty song styling. With the Marilyn Monroe in Carthy appearing playfully to add a carefree touch. These eleven tracks represent a revitalised artist and it seems that her love for performing and recording will never die.