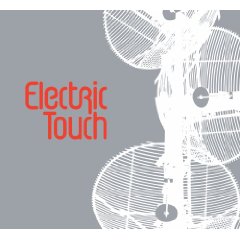 Maybe it’s only because I am a child (teenager) of the 80s, but I am hearing it everywhere now. I wouldn’t say this is a strictly 80s sounding record, but there’s some influence here…at least I am hearing it.

The vocals are male for a switch (for me), and they match the music nicely. There’s a bit of distortion and echo that the style calls for.

Call My Name is super 80s. It reminds me of Billy Idol. Yum.

Saved is more fleshed out and orchestral. It has a Brit sound. It’s the accent of singer Shane Lawler, probably.

Lines is really cool. Along with Saved, it’s got notable piano which gives this one a sort of theatrical/Sgt Peppers feel.

Parts of Who Put the Fire Out remind me of Robyn Hitchcock, vocally (mostly when he sings “sing pretty bird in your concrete cage“)

This is a cool record and a nice change from the folksy stuff I’ve been hearing a lot of lately. It will be going in my personal rotation.

*I will say their ‘Flash-heavy but still cool’ website doesn’t work in the browser, Chrome. That’s a disappointment. Note: it worked the second time I visited.