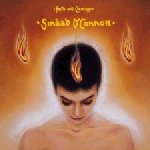 I admit to my undying admiration and respect for Sinead O’Connor, her musical talents and her flare for controversy; therefore, I was ANXIOUSLY awaiting the release of “Faith & Courage”.

After listening to “Faith” 4 times in less than 12 hours, I’ve come to the conclusion that Sinead has transcended any and all expectations. The 13 songs are extraordinarily fierce; her voice, so soft and haunting followed by screeches filled with rage, defies conventional music.

“Faith” blends a rainbow of emotions into a beautifully balanced work of art, one could even call it a sonic masterpiece. At times, the songs seem too slow for her powerful words, but the strength of the music carries the listener to a higher level of a appreciation and enjoyment. Surprisingly upbeat and pop-ish *cringe*, the album is cushioned with creativity.

I strongly urge everyone to run out and purchase “Faith” as soon as is humanly possible. A word of caution: listen to the entire CD before revisiting those catchy tracks (that would be 1-13 by the way) because each song is better than the one before…come to think of it, just put the damn thing on repeat and enjoy an evening of melodious bliss.

It’s hard to choose, but I have to say “Jealous” and “Hold Back The Night” are the show stoppers on the disc.

Rating: 5 Stars
I realy think that this record is the best she had made. its having this power and kindness thats makeing me shake!!!!!! numbers as Jelouse and hold back the night , can we realy haer what her voice can do!!!! i started grying the first time I heart them… that one out of millions of resons why is sould have 5 stars….