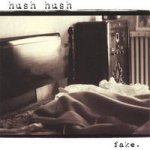 The all-female quartet Hush Hush has just made a splendid album. Keri Steele’s lovely voice and expert guitar-playing is the focal point.

“I Forgot the Way to Your House” is splendidly melancholy and has a hummable tune.

“You’re not My Man” has a sense of urgency despite its midtempo crawl.

The band’s covers of “Femme Fatale” and “So You want to be a Rock’n’Roll Star” manage to put an original spin on the songs.

Steele’s vocal on “Razor Girl” is deliciously guarded and sweet. It’s a lovely tune too.

“Last One Left” has some real rock monster riffing from Steele. The band has a cello in its setting too. They get bonus points for that.