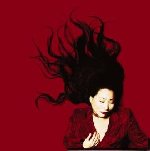 A delivery system of harmonic gravitational convergence that revolves around the voice-controlled lyrical curve; thereby producing the coefficient properties of ‘listener elicitation’, which consequently is: the musical mean value theorem yield of both songwriting (stimulation) and vocal (exponential) projective power function of…Magdalen Hsu-Li.

Beginning with “Redefinition” Hsu-Li vocally stretches the mundane definition of words into a lyrical redefinition of melodic musical meaning. And she sings what she writes – Listen! …a superwoman all bluster and bluff/a wimp who can barely pick herself up/yellow with pride/white at the gills/black with anger and burning skills/red with passion and brown with age/because my mind is set/my heart is a stage’. And she plays as she sings – The piano.

“Compassion” (the forth-track) features the well-tempered ostinato work of Timothy Young (guitar) that kindles into acoustic-conduction under the low heated ardour (the boiling point) of contralto low-keyed vocal passion with just enough musical temperature (the instrumentation) to keep Hsu-Li vocally warm. It’s a personal song that is sung in a heartfelt voice.

The seventh-track “As I am” is a folk song played (sung) under the influence of blues ambiance – jazz. It has a nice (almost hidden) edge of brass (Dave Carter) and a good taste (touch) of funky bass (Arne Livingston). It’s a feel-good to listen too… song.

The last track (name unknown) is a zany (almost fantasia) chick-rock and pop song and is definitely a good coda, to the opus… of Hsu-Li!

With all songs written by Magdalen Hsu-Li (with the exception of ‘As I Am’, co-written with Dale Fanning) FIRE is a well-played, well-produced, arranged musical art of CD pleasure.