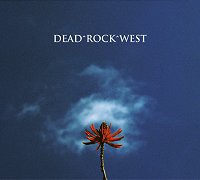 These guys are fun. Kind of an alt.country pop sound. There’s a teensy bit of Guadalcanal Diary (if anyone remembers them!) on “On the Outside”. Some songs are more twangy than others.

I do like this genre, it’s just that I don’t really need to listen to more than one or two songs at a time. So for me personally, it’s great to have in a shuffle of other CDs. But my husband, for example, loves it and could listen to it all day.

The songs are well written and catchy without being mundane or too too mainstreamy. The vocals are comfy and suit the music perfectly.

Think that whole Sun Volt, Wilco, alt.country thing that was all the rage in the later 90s and you’ll be close to what these guys have going. It’s good and really well done. Professional, class act.