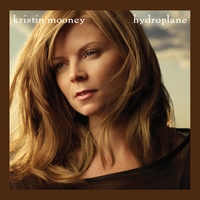 Opener As We Fly has some twang on it which made me think this was going to be a country record (I tend to listen before reading anything about the album so as not to be swayed). But it’s really not. There’s actually a good variety of styles here, but since people like categorization, I’d say that if you like contemporary pop you’ll like this release. But if you hate twang, listen before buying because it does show up.

Mooney has a gentle voice that floats nicely over the softer songs, but can reach those high gutsier notes as well.

Mexican Highway is cool. It’s in ¾ time so it’s technically a waltz (which is why I like it) but it’s also a little dark. This is probably my favorite.

She takes the usually very poppy and upbeat, I Say a Little Prayer, and turns it into a slow, dark song. It’s almost a dirge, very cool. I love her voice on this one.

While I had a little bit of a hard time getting into this at first, the more I listen the more I like it. I think you will too.