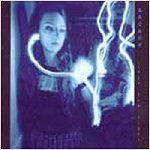 When I listen to several CDs a day it’s interesting which ones select themselves to be played and in what order. This CD couldn’t be more in stark contrast to the one I reviewed previously.

Arcade is an all-girl band from Muncie, IN. Jill Gerwe (guitar,vocals) Joy Gerwe (drums, vocals), Lisa Fett (bass), Carrie Conley (lead vocals, guitar). They started because of Carrie’s dream to be in a band. An all-girl band. She began recruiting woman regardless of their prowess (or lack thereof) on an instrument. You would think this would make for a horrible band, but it’s quite the opposite. They’ve put together a nice solid punk-ish group.

The melodies are dissonant and almost intimidating…just the way punk should be. The musicianship is simple but effective. The songs are all pretty short as punk songs should be.

The vocals are mostly angry shouts but the ladies know how to take it down a notch as well, as shown in “Ode to a Fallen Idol” and “Holly. The latter sounding almost like a pop song, except for the fact that it’s about the Unicorn Killer and has lyrics like this:

“Ira Einhorn, mean mother fucker/Used to something beautiful /So you could keep it forever and ever/But a corpse doesn’t make a very girlfriend.” (at least I think that’s what they’re saying, it’s punk, I could be wrong)

The lyrics are clever; sometimes scary and sometimes downright silly.

This is a good party CD, one that will encourage a lot of jumping around the room and perhaps a little slam dancing.