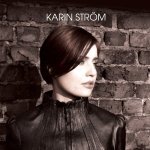 What an interesting person. Karin Strom was born in Sweden. She moved to London in 1997 and singed with Nettwerk in 2001. She currently lives in LA. In 2002 she earned a BSc in Neuroscience from University College London. Oh and not only is she a singer/songwriter/pianist but she is also an author. She wrote two books published in Sweden and they are written in Swedish.

But she writes songs in English…very good too. Her music is pretty much straight up pop. It’s got some jangly guitars, sweet vocals, peppy rhythms and that cute accent (it’s slight but it’s there).

“Love For Free” would be my pick. Though they’re all pretty good.