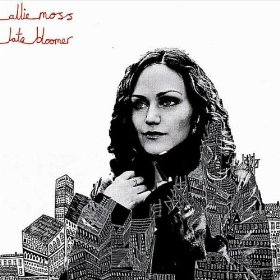 I got Allie Moss’ album awhile back and put it in my rotation. I did note that I liked the songs when they came up but that’s about all the energy I put into it. What can I say, I’m a passive music listener right now.
But once I started listening to it on its own I was able to form some more opinions.

Firstly, that her voice in the opening song, Corner, is very reminiscent of Ingrid Michaelson. (I just found out that Allie plays in Ingrid’s band and they’re buddies!)
Her voice is sweet and she often uses a bit of echoey harmony backing vocals.

I love Melancholy Astronautic Man partly because of the cool title, but it’s a really nice song too.

A video for you!