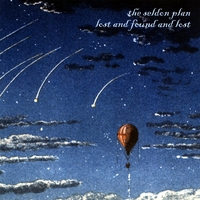 Here’s how being married to a Sci-Fi geek comes in handy: I hear the name “Seldon Plan” and the only Seldon I can think of is Cathy Seldon (Debbie Reynolds’ character) from Singin in the Rain.

The other night at dinner Mr CollectedSounds is telling me about the Asimov book, The Fountain. And he says, “there’s this guy, Hari Seldon…” and I said, “Oooh, does he have a plan?!” and he said, “Um, yes, he does!”

While I don’t know much about the literary Seldon Plan (he tried to explain, but I was halfway to a food coma so I couldn’t focus) what I know of the band is that they produce some sweet jangly pop music.

Lullabies for Old Hearts is one of the standouts for me. It just seems really comfortable.

I also like French Cinema and See a Word.

This is a fun summertime CD. Too bad summer’s almost over. It’s OK it’s a good listen no matter the season, and it’s totally my fault for not getting the review out sooner. This has been in my rotation for months.

2 comments for “Album Review: Lost and Found and Lost by The Seldon Plan”