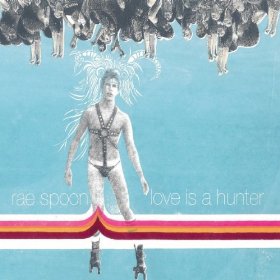 I heard one or two songs by Rae Spoon and I liked what I’d heard. Then I got the whole album, and I wasn’t so sure.

At times, it sounds like multiple songs playing at once. I’ve had to turn it off before to see if a website is playing something. But it never is. This is the second CD like that in the last few months. It’s weird. I will say, the album sounds better louder.

For the most part, the songs are similar to each other, though there are a few standouts.

I REALLLY Like Dangerdangerdanger although I think her vocals are goofier than usual on this one. She’s got some sort of flutter effect happening. But the song is super catchy.

In all, a good record, albeit strange at times. Not that there’s anything wrong with that.