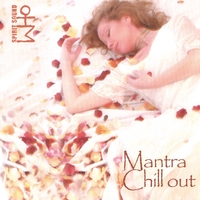 OHM Spirit sound is Julia Claire and Carles Reig. She is the vocalist and he the composer.*(see correction)

This record is described as “Atmospheric Chill Out, Ambient & Downtempo” and I’d say that pretty much says it. What I can add is that it is done beautifully. It is very relaxing and is good for just being alone with your thoughts.

Though some in is English, much of it is sung in languages that I do not understand, but I know the songs are about harmony, spirituality and peace. And that’s what you feel when you listen.

Julia Claire’s voice is mesmerizing. It takes you right where they want you to be.

Update:I just got a note from Julia and she said this: “Thank you so much for this beautiful reveiw. What a lovely surprise! We are truly grateful. May I just explain that the Mantra songs are in “Gurmuki” from the Indian Sanskrit language, and one song is in Spanish written by Carles my producer, and all the mantra songs are my own musical composition inspired by my Kundalini Yoga teaching and practice. Carles is a wonderful musican arranger, producer and friend. The English lyrics are inspired by the meaning of these sacred words of Mantra which I meditate with to channel the lyrics. ”

So there ya have it!!

Rating: 5 Stars
Comment: a note of correction: julia claire (aka sirisat) actually composed the songs which were PRODUCED by carles reig. also, I believe the mantras are in sanskrit.
name: T-Bird on Thursday, December 7, 2006