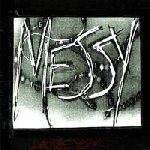 Laurie York’s debut CD is quite an effort! She is an accomplished pianist and has a true gift of poetry.

The track list is made up of gorgeous piano instrumentals and heartfelt spoken word pieces. These pieces were all written when Laurie was between the ages of 17 and 20 but they don’t have the teenage whiny edge that so many young people do nowadays (that makes me sound old, I know).

From “Fissure” (the anorexic song), here’s an example of Laurie’s fabulous words:

I wish that I could give you some of this self-confidence that I have earned.
But all that I can offer you is this-
Anytime you’d like my ears to hug your words, just call.

so what is a memory when it is empty? a song without a sound.
a silent cacophony.
and who are you to me half a lifetime later?

With 20 tracks (nearly an hour of music and poems), this CD is well worth a purchase, and not just because it’s long, it’s beautiful. Part George Winston, part Ani DiFranco.

Put this CD on, turn out the lights, lay back and really listen, you won’t be disappointed.