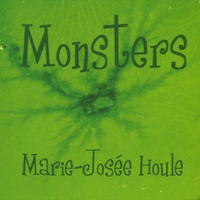 Marie-Josée Houle’s latest album is a delightful record just like her previous one was. She continues to make folk-influenced songs and plays the accordion charmingly.

Collarbone sees her pen a cute little song and play it with verve and zest.

Jolie Holland’s Old Fashioned Morphine is rendered slower and more doomily than the original, which suits it just fine considering the dark lyrics.

Grace ends the album nicely, featuring a melody that’s cool and Houle playing her accordion in a lovely way. Like the previous album this one is short, sharp and to the point.