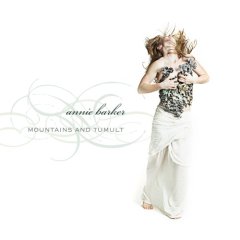 The second time I listened to this, the first song sounded so familiar I wondered if it was a cover. But I looked at the liner notes and I see that Annie Barker wrote all the songs. So I realized it’s just an easily recognizable song and that it seemed to have seeped into my brain more than I thought it had. That’s good, right? I think so.

Her sound is sort of a dreamy rock with a slight Cocteau Twins feeling. There’s a lot of that breathy background vocal for which the Twins are well known. This is especially present on Gripped with that Leg.

I like the songwriting. It’s simple yet intricate. There’s a lot of carrying the lyrics over several notes. But that doesn’t mean she hasn’t put a lot of thought into those lyrics. She’s clever:

…and sexual as on I Want, which I will not quote. Listen for yourself 🙂

This is a lovely, sensual and calming listening experience.