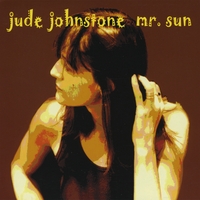 I have been reviewing Jude Johnstone’s music for many years. Each release has been a treat. This is no exception. This woman can write a fantastic song and her voice is like an old friend.

Mr. Sun is a jazzy number and a good opener for the record. In fact, this release may be more jazzy than previous ones. Think more: jazz club with foo-foo drinks rather than experimental jazz.

Don’t Tell Me that it’s Over is a stand out for me. It’s almost theatrical (people sometimes think I mean that disparagingly, but I swear, that’s a compliment coming from me.) It’s very emotional.

Echoes of Blue has me picturing her standing on stage in a small dark club wearing a long dress and singing into a stand up mic. Ahh, the horns. Mmmm…. Lovely.

Winding Back My Heart, is another really great one.

There honestly isn’t a dull track on this great release.