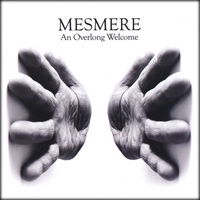 Ok lets get his taken care of right away. Those hands on the album cover give me the creeps. Are they armless? And what are they pressing against? Are they trying to get out? *shudder*

The music is also a tad creepy but nothing like those hands.

Mesmere is an Australian band that used to go by the name Mosaic. They chose Mesmere for their new name as it is derived from the word mesmerize. The band is: Maryanne Stewart (Vocals), Lewis Benbow (Guitars), Jamie Burrows (Bass), Matt Tucker (Drums) and Jeremy Wellard (Guitars)

The songs are pretty and even eerie at times. I like the use of dissonant chords and the vocals are haunting.

Its somewhere between rock and ambient I’d say. A little more hard than your average shoegazer fare. But not quite Evanescence.

Maryanne Stewart has a nice strong voice that soars on these songs. The musicianship is also very professional and tight sounding.

This is a really nice record for fans of rock that has a dreamy twist.

Stand out songs: ” The Last Of Her Blue Eyes” and “Saturnalia” are great. “Posthumous” stands out because it doesn’t feel to me like it belongs. Still cool, just different.