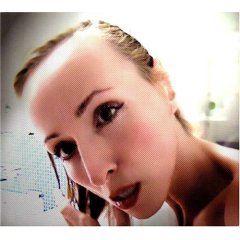 Zeebee is an Austrian electronica artist whose previous album was a delightful exercise in Björk-ish music.

The title song has a touch of New Order’s pop sensibility coupled with Zeebee’s playful vocals.

A madcap remake of jazz standard “A Tisket a Tasket” raises the temperature. The scattergun sounds and crazed attitude are contrasted by a later, less eccentric “Fever”.

Zeebee has a style that’s all her own and even if she has influences she has her own approach to music. This is an album that warrants investigation.