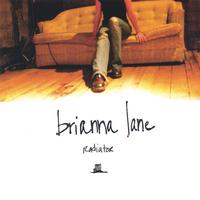 I met Brianna before I ever heard her music. She came to pick up Chris Pureka after her (Chris’) show at my house. For some reason, perhaps because she’s not a large person in stature, I was expecting a nice quiet, folky CD…kind of small voice, small sound. Nope! That’s not what you get at all.

“Downpour” is a nice driving rock song. Her voice isn’t loud and screamy or anything, but the song rocks nonetheless. It’s reminding me of a Shawn Colvin song (side note, I just visited Shawn’s website and all I can say is Holy Eye Lift Batman! But who cares? I still love her.)

Brianna has a comfortable/comforting voice. The songs are well written, melodic but not too predictable.

In fact that this whole CD would be a good companion to both Jonatha Brooke or Shawn Colvin’s music. Fans of either of these fantastic performers should do yourselves a favor and check out Brianna Lane.

I feel especially lucky as Brianna Lane is scheduled to appear at my home (performing this time) in March of 2006.