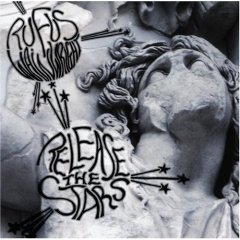 I was late to the Rufus Wainwright Party, but once arrived I was hooked. So I was happy to hear of a new release. I only previously had Want One, Want Two and Poses but I have to say this is the best one so far. While this one had a small adventure arriving (did you know the UPS store will not accept packages from UPS unless the receiving party pays for it? How crazy is that?!) I’m glad it finally arrived.

His gloriously distinct voice is in fine form and these songs are addictive. They range from fun pop stuff to chill inducing ballads.

“Do I Disappoint You” is achingly sad.

“Nobody’s Off The Hook” is beautiful. It actually reminds me of vintage Billy Joel at times and this is a very good thing.

“Rules And Regulations” is instantly likeable.

I am a sucker for a man playing piano and Mr. Wainwright is no exception. This is a great record. If you’re already a fan you’ll be quite happy, I think and if this is your first foray into the world of Wainwright you’ll be a fan.