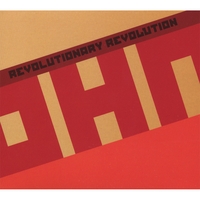 Downtempo is a term that’s been kicked around a lot and I guess that’s what you’d call these guys. Though there are some really bouncy songs as well. They are a nice blend of trip-hop, electronica, techno, dance, etc.

Lead singer (and main lyric writer) Allison Scharf’s voice is a perfect match for the songs and it’s hard to believe she hasn’t been a member of this band forever.

They do a nice over of The Beatle’s “Dear Prudence” that is new and fresh while still keeping the nature of the song intact. I usually don’t care for covers too much but this is really nice.

“These Politics” is kind of an anti-political, political song. Interesting twist.

I also really like “Big Lie’. It’s haunting and her voice sounds fabulous.

This is a really nice techno record and while some songs could go on a party mix, the rest of it is for those chill days and nights. I really like it.

← Athena Reich is back in the studio
Album Review: The Sky Observer’s Guide by Amy Cook →