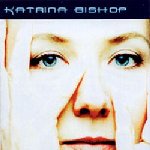 This CD is hard to categorize as far as a genre. At times it’s Latin, Celtic, Pop but mostly Jazz. Katrina has a very pretty voice that matches the music very well. She also plays piano and guitar on a few tracks and wrote and arranged all the songs.

This CD starts out with “Blushing Bride” features violin and a Loreena McKennit type of vocals giving it a Celtic feel. But the subject matter is anything but joyful. It’s a story of “wedding day spousal abuse” and Katrina’s notes indicate it’s a true story.

As she knelt by his side at the altar to take the heavenly host
One cheek was red from the flat of his hand and the other was pale as a ghost
They call her a blushing bride, but only on the groom’s side.
Powerful words.

Title track, “Runaway Lane” has a cool nylon-string guitar solo, which gives it a bit of a Latin sound. “Good Night for Stars” is a gorgeous a Cappella song with beautiful harmonies. Her jazz side shines through on “Mr. Jealousy” and “Wanna Be”.

This is a solid recording and great for anyone who loves the female voice and wants a little taste of different kinds of music rolled into one CD.