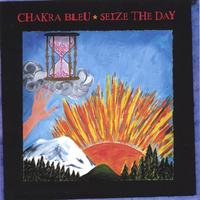 Chakra Bleu has put together an interesting record. It’s kind of all over the map genre-wise.

Track one, “I Can’t Imagine” is moody and atmospheric, while track 2, “Seize The Day” is more classic rock, ala Jefferson Airplane.

The rest of the CD falls somewhere between these two genres but throw in some early 90s Brit pop and you’ve sort of got the idea. A bit schizophrenic, but you get an idea of what the band can do.

Singer Susanna has a deep, sultry voice that growls well with the swirling melodies.

It’s a nice recording that shows this group is quite diverse.

Track Listing
Listen to track samples
1. I Can’t Imagine
2. Seize The Day
3. Hopelessly In Love
4. Footprints In The Sand
5. My True Friend
6. Stay In The Moment
7. Fallen On Deaf Ears
8. Turn The Music On
9. Our Love Is A Butterfly
10. Retreat To The Center
11. Crawling Out Of My Skin
12. Black Madonna