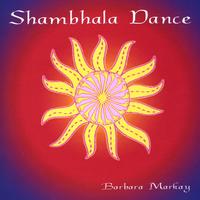 Barbara Markay is a Julliard trained pianist and composer. Though I have a hard time hearing piano on here, it might just be that it’s all done on keyboard.

The general sound of the CD is Asian world, tribal stuff with a bit of techno mixed in. Sometimes sounding Indian, sometimes Oriental…Chinese, Japanese.

The instrumentation is first rate. The composition of the songs is very nice. Nicely woven intricate layers of sounds coming together to make some very nice new agey world music. Perfect for a nice dinner party with an Indian inspired theme.

Though the record is mostly instrumental, she does sing on some of the last few tracks. Those tend to sound more like disco tunes. It’s not that I mind her voice I do not, I think it’s quite nice. It’s just that for some reason when the vocals are added it sounds more American and more dance-y than the instrumental tracks.

All in all this is a very nice recording.