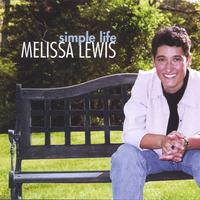 Melissa Lewis has released a very nice folky CD with just a touch of country twang. Not too much mind you. Just a tad and just on a few songs. Mostly this is a folk-pop recording.

Lewis has a nice voice that goes well with the style of music. The songs are well written, catchy without being too mainstream. Though more mainstream than most of the stuff I have heard recently.

“Have a Little Faith In Me” is very radio friendly. I can easily imagine it in a film as a theme song too. I realized this song was not written by Lewis. As it turns out the more mainstream ones I found, are the ones written by someone else. Though they’re good songs, I really like those penned by Lewis herself.

The highlight for me on the CD is her title song, “Simple Life”. It’s about taking a look at your life and realizing how good you’ve got it. This is something for us to think about especially now when there are so many people who have lost their families, homes, and pets after recent events.

This is a nice recording and if you like poppy folk (or folky pop) I think you’ll enjoy this one.