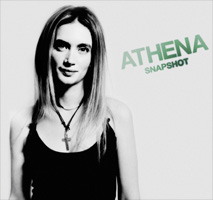 Greek-descended Athena Andreadis is based in London and this is her debut EP. It’s already stirred quite a buzz.

Opener “Green Eyes” has a simple melody and the feel of it is that of a folk standard. Athena’s vocals are starling in their purity.

“Circles” is a gorgeous song, Andreadis seems to have full control of her craft.

“Thalassa Melania” is a song in Greek, though I don’t understand the words the feeling comes through crystal clear.

The closing rendition of a traditional song is equally stunning. I suspect Athena is going places.