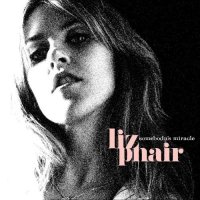 You know, like Liz Phair, I really do. I didn’t get what the hoopla was when she started out. I am one of the few who does not count “Exile in Guyville” as one of the best albums of all time. It has always bothered me that Phair is not the strongest singer. I suppose it’s endearing.

I became a real fan when she released “Whitechocolatespaceegg”. I loved that record. She sounded pretty good. There were a few songs that she sang out of her range but for the most part I thought she’d gotten much better.

Then the next album came out and I realized that she had become Avril Lavigne. That was depressing. Enough said about that. But she also released an Internet EP at the same time, which I liked a lot.

So I had hopes for this one and as an album, I like it. But I sure wish she wrote in her own range. When she is singing in her range, her voice is very nice. It’s got a certain homey-ness that is very appealing to me. And of course, it’s very distinctive. That’s always a good thing.

She sounds great on most of the songs. Unfortunately, god love ‘er, the first song on the album is not one of them. So the first thing I thought was, yep, that’s Liz! But luckily, her voice is much better on the other songs. Great song, the voice is just odd on it.

I have always admitted that she’s a genius when it comes to writing songs. These are no exception. The songs are excellent. They’re what I call perfect pop. They have great melodies and intelligent lyrics. They are also very well performed and the production is first class.

This is a CD that I’m pretty sure will be in rotation at home for a while. I can let some of the off notes go if the rest of it is perfect, and it is. It’s much better than “Liz Phair” in my not too humble opinion. Though I’m sure many will disagree with me. This is more like The Old (Young?) Liz to my ears.

Stand out songs: Honestly, I like them all. I can’t pick just a few.

Note: Thank goodness the record company did away with all the malware that her previous release came with. Thank you, Capital.

PS, I f you think I’m harsh, read the reviews on Amazon!