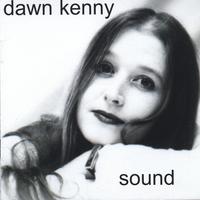 Dawn Kenny’s debut doesn’t make much fuss, but it doesn’t need to either. She simply sings the songs she and collaborator Michael O’Toole has written and makes them lovely.

“January” is a strong song of hope in the face of adversity. Some nicely arranged strings frame Kenny’s voice and piano.

“Ten Good Reasons” is a restrained but insightful song of a relationship gone wrong. The upbeat melody makes sure it stays in your head after it’s stopped playing.

“Cruel World” is a moving ballad with some great piano playing.

“Torn” is sublime and reminds me of early Tori Amos. Kenny’s soft voice conveys much sorrow.

The cover of the Stones “Ruby Tuesday” is nice and laid-back.

“Sound” is a great little record.