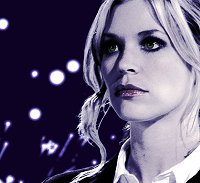 Well, if you’ve read any previous reviews I’ve done of Charlotte and her music you know I simply love this lady.

When I saw her perform live she mentioned that her next CD (this one) would be much more electronic. The show certainly was. She sounded stylistically more like Imogen Heap than You Know Who.

So I was expecting something really electric and while this does have some tracks like that, there are some good old girl and her piano as well.

Every song on here is fantastic but already a favorite has popped out. “Pills” is a really different sound for her. Almost reminds me of early Joe Jackson. Very cool.

“Inch Away” is another stand out.

When I saw her live I was actually quite taken aback by how powerful her voice is. I guess I’d not seen/heard that on previous releases. I mean yes, a lovely voice that can hit probably any known note. But not how strong, solid, loud she can be. I’m glad that this release shows that off a little more. Still nothing like seeing her live, but for example on “Just Before Dawn” her voice just soars. Chill inducing.

This is a great record for both long time Charlotte fans and the newly joined as well.