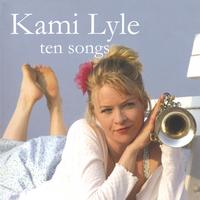 Kami Lyle had a major label debut that didn’t sell enough, now she’s on her own. The singer and trumpet-player seems to flourish in such settings.

“Is It now” is a calm, loungey song that recalls such old time greats as Peggy Lee. Lyle seems a bit out of time but it’s cool.

“Melody Blue” is another track that sees Lyle use her soothing voice well and playing her trumpet marvelously.

“This Town” is a fine song in the Rickie Lee Jones vein.

“Too Much world” is an intimate croon that she handles well.

← Album Review: Of Dreams Forgotten and Fables Untold by The Moon and the Nightspirit
Album Review: Jump of Flame by Clara Engel →