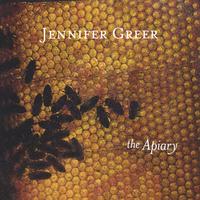 I would put Jennifer Greer in the Adult Alternative group. But there is a little bit of a Joni, Joan, 60s folksy feel as well. Especially on “Walking Home to You”

These songs are well written and expertly performed. The piano playing is beautiful as is Greer’s voice. The production is great as well. This is a class act.

A Beautiful Face is really cool. It’s catchy without being so familiar as to sound derivative.

I also really like “Origami Birds” but really all the songs on the CD are very nice.

Jennifer Greer reminds me vaguely of Martina Sorbara. Enough so, that I would venture to say that fans of Sorbara would dig this recording as well.

← Album Review: Song Inside Me by Michele Lundeen
strangest package so far… →